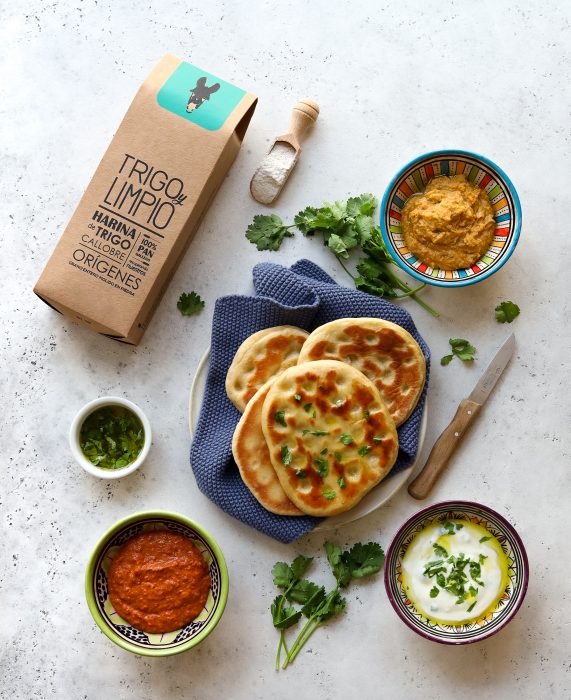 This is another of those recipes I became absolutely determined to try this year, as I mentioned in an earlier post, during confinement. Naan is a wheat flour flatbread typical of India but also found in other countries of central and southern Asia. 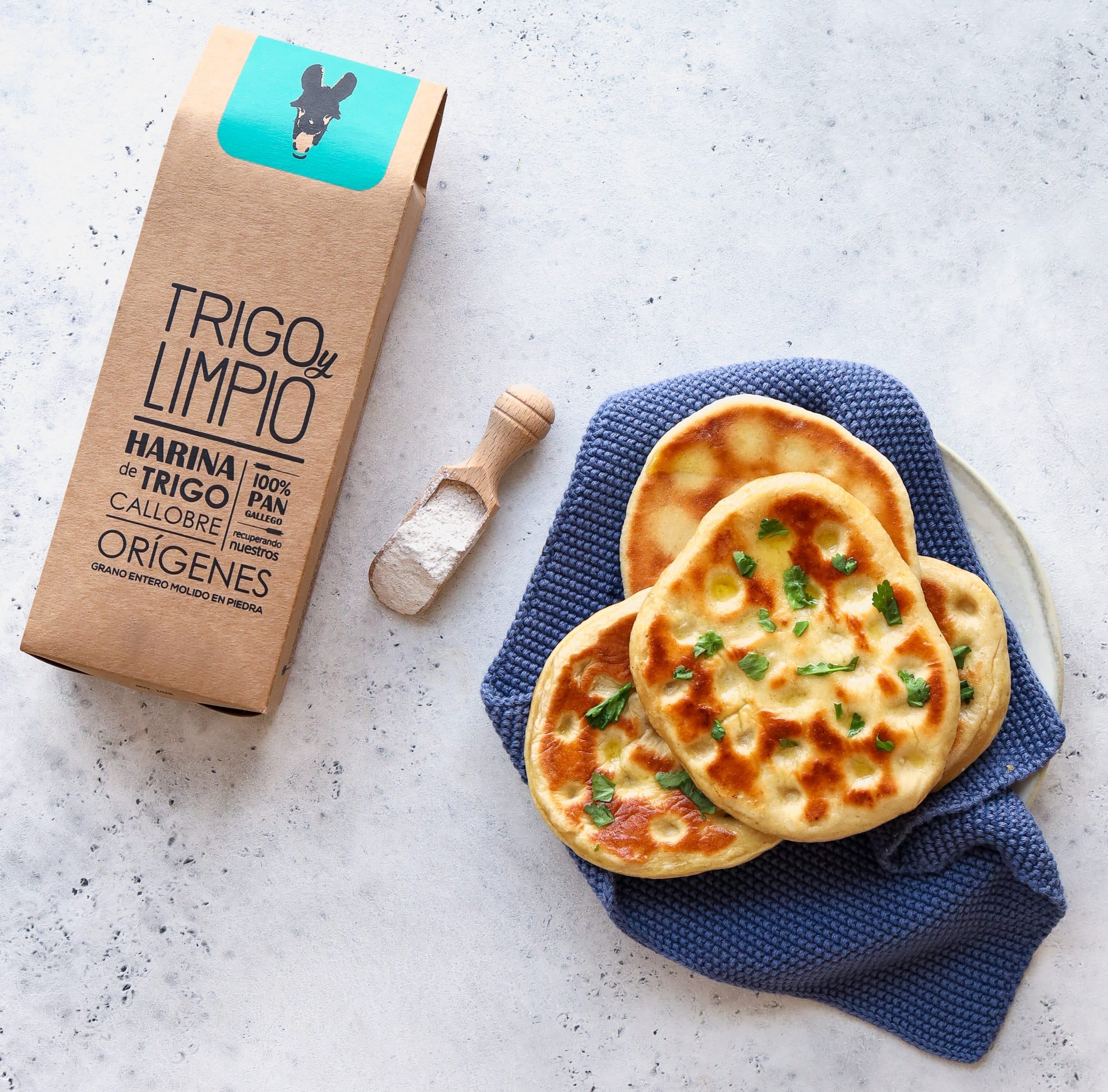 I recently discovered a special brand of flour that is perfect for all sorts of bread, pizza, and even homemade pasta: Trigo y Limpio. This company works with Callobre, which is a typical Galician flour made from a grain variety of certified purity.

Galician bread is still famous for its quality, but over time many bread brands have opted for more profitable and cheaper wheat flours, abandoning richer cereals of the past. We are lucky to still have brands that offer the real deal. You can order it from their website or buy it in these stores. 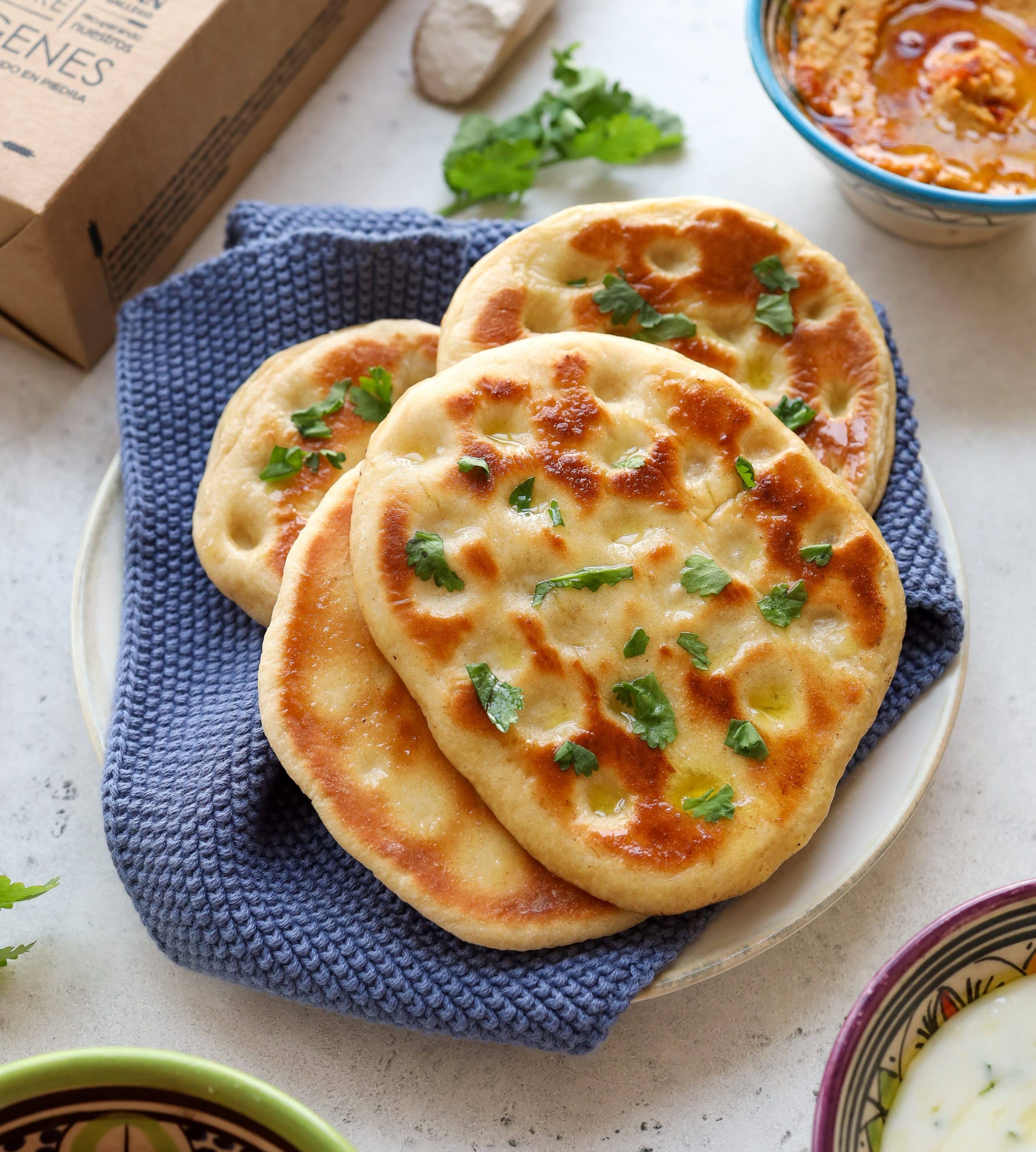 I thought it would be exciting to try Naan bread with this unique and high-quality flour. I have accompanied it with different sauces: a yogurt dip (made with olive oil, salt, pepper, and chopped coriander), pepper hummus, and red lentil hummus.

A handful of chopped coriander

Place the yeast and the sugar on top in a small bowl. No need to mix, they will do so on their own. Place the rest of the ingredients in a big bowl and mix. Then add the yeast mix to it.

Combine everything thoroughly in the bowl and then place the dough on a smooth surface. Knead for at least 10 minutes, until it’s tender but doesn’t stick to your hands. Lightly oil it and place again in the bowl. Cover with a cloth and let it sit for a couple of hours.

Divide into 8 parts and use a rolling pin to flatten the dough until it’s about half a centimeter thick. Now place each naan in a pan, over medium heat, and lightly press with the tips of your fingers. Let it cook for about 3 minutes on each side. If you are using a cast-iron skillet, which is what they use in India, sprinkle some drops of water in the middle and on one of the sides (this will produce steam). Cook for about two minutes on each side or until the color resembles the naan in the photographs.

You can enjoy it with some olive oil, coriander, and salt on top, or you can dip in whatever sauce you like best. 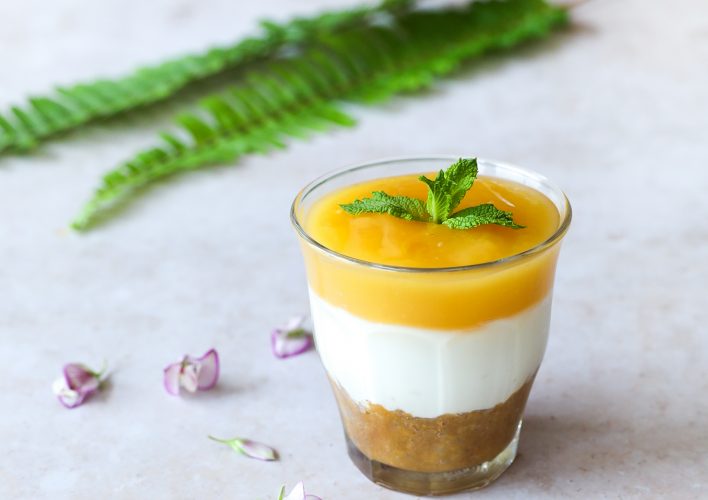 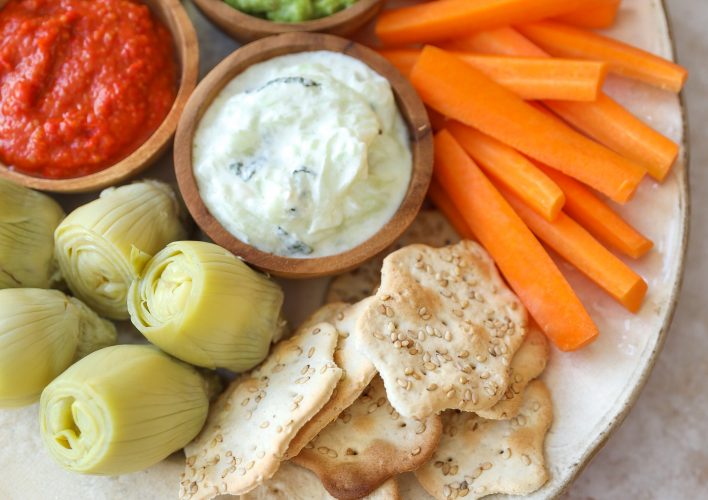 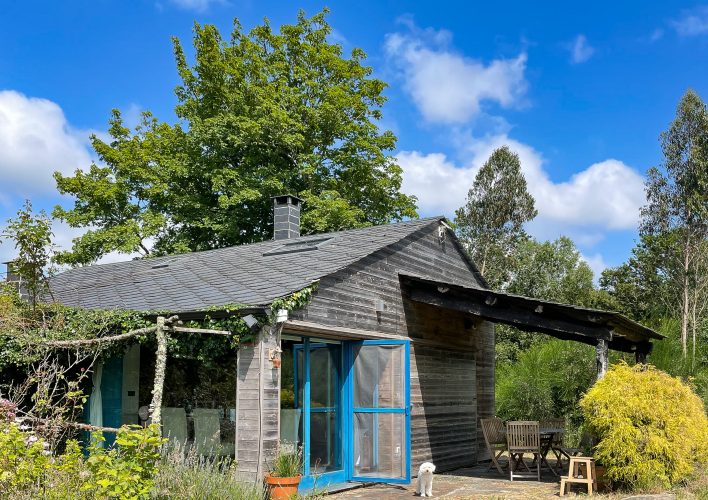